What are you going to get through the Gambit Infamy Boost :

A chance to get a unique weapons and gear from the complexity of Gambit Infamy Boost quest.

Why would you want to buy Gambit Infamy Boost from us?

As the Guardians play Gambit, they find that their infamy rank rises at the end of each round. These ranks each have a title, but the attempt to decide what each represents and the points to achieve the next can be frustrating. Below is a helpful table that breaks down the complex ranks and criteria of points in Gambit and how many stages need to be crossed.

The Bad Omen Mythical Rocket Launcher with a deity position in monitoring module and cluster bombs is included in the Mysterious Box.

There are six stages of Gambit Infamy with the first five being three. The final level is called Hero, with just one category but 3,000 marks. Only after crossing the rank of the Legend will Guardians reset their infamy and get the enigmatic and mysterious packages. 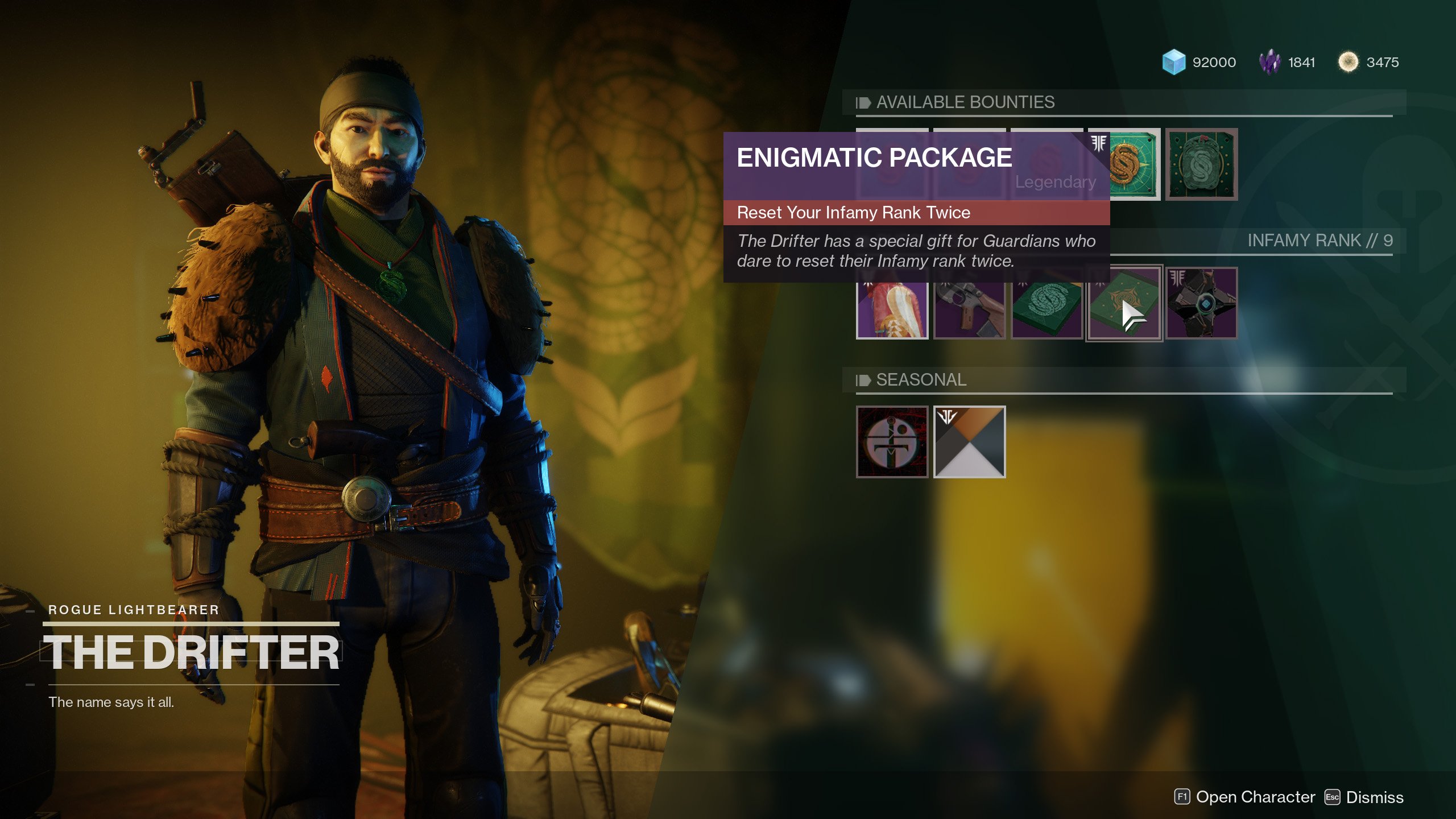 How much points are won in Gambit infamy recovery with a victory or loss?

Wins and loses in Gambit are not created equivalent. Factors like the Infamy score and winning streak ought to be concerned on how many points a Guardian can receive. For example, the first win of a string in the Guardian rank is only 100, whereas a win in the Legend rank is 150. The following table provides a full rundown of what should be predicted under all circumstances.

The introduction of Joker’s Wild introduced Gambit Prime in the Drifter Season. This modern and intense Gambit edition adds new mechanics, armour and firearms to the table. Infamy Ranks Gambit Prime’s effect is the same as regular Gambit. Players will play Gambit Prime and gain points to shift the different stages. Gambit Prime seems to be a more difficult way, though. Because of this improvement in difficulty, players may find the usual Gambit mode simpler to identify.

The players will visit the Tower Drifter and get prizes every so often for their Infamy level. The next award is the Bygones Pulse Rifle at Infamy rank 12 (this is Fabled III) which in addition to the Cloak/Bond/Mark to be available once its standard of operation has been met, would be the Mysterious Package and Cryptic Package plus a Ghost and Symbol for the genuinely committed.

Complete “Forged in the Dark Triumph”: Carry on the Iconic Symbol

The two biggest pickups in the list above are the guns, as they are God’s rolls. The Bad Omens rocket is a favorite of mine, with tracking module and cluster bombs (I got a random God roll drop, so fortunate me), making them deadly in almost every case particularly when you need to remove invaders or invaders in Gambit. If I had no god roll, Poor Omens, the target for me will be to reset my infamy twice in a single Gambit season to acquire both arms. The other advantages are optional.

Knowing precisely how the Infamy ranks in Gambit function and how many things the Guardians will receive and what prizes await, please check the Shacknews Destiny 2 strategy guide for guides and players’ walking advances at any time along your quest.

Be the first to review “Gambit Infamy Boost”