Why would you want to buy Competitive Division Glory Boost Boost from us?

Season 19 of Destiny 2 has begun, and it has added competitive ranks for a new division, with Bungie explaining the ranking structure, awards, and how to advance.

Season 19 of Destiny 2 is quite intriguing. A cooperation with Assassin’s Creed Valhalla has been announced, as well as a Season of the Sephra roadmap, with a new dungeon planned to come on December 9th.

While we can’t wait for the new dungeon, competitive rankings are already available.

Below is all of the competitive ranks and ranking system for Destiny 2 season 19:

Because of this, both the Powerful and Pinnacle caps, as well as raid tasks, merchant challenges, activities, and encounter lockouts, have been reset, and players now have a new opportunity to acquire them during the next week. In addition, the Nightfall in rotation, the rotating mode in the Crucible, the Eververse supply for Bright Dust, and the stock on some of the merchants located all throughout the galaxy are all subject to change once per week.

Each of the above divisions has three subdivisions. All of the information above is from the This Week At Bungie blog article, which was published on November 16th.

Know that the highest you may be ranked automatically for season 19 is Gold III. You will be able to automatically rank higher in future seasons based on how well you do in the competitive division.

These are 3v3 ranked matches that replace the Glory playlist. According to Bungie, the goal is to “provide players with ladders to climb and divisions to achieve, providing a more accurate representation of Skill.”

You will progress through the Destiny 2 competitive rankings ranking system based on the following factors:

The outcome of the match: whether you win or lose.
Division inflation/deflation: The distance between your division and your Skill.
Match performance: How well you performed in each match.
Player-to-lobby Skill delta: How your Skill compares to the rest of the players in the match. 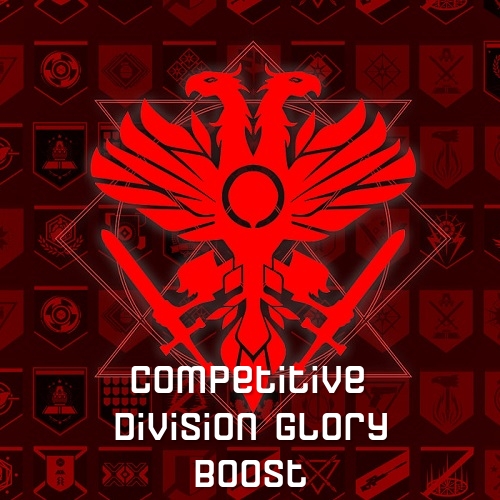 There are also the following restrictions:

REWARDS FOR DESTINY 2 COMPETITIVE RANKS
The multiplier awards for each competitive rank in Destiny 2 season 19 are shown below:

The multipliers shown above will allow you to obtain Crucible engrams, resets, and bonus perks on weapons more faster.