Heartshadow Boost on your selected character

Why would you want to buy Heartshadow Boost from us?

Destiny 2: Season of the Haunted brings with it five brand-new exotics; here’s what each one can accomplish.
The most recent season of Destiny 2 includes two firearms and three pieces of armor.

As of the time that article was written, there are now three new pieces of Exotic armor and two new Exotic weaponry. The new Heartshadow blade may be found in the forthcoming Duality dungeon, while the Trespasser sidearm can be obtained with the purchase of the season pass. The Titan Exotic is geared at the Void 3.0, whereas the Hunter Exotic and the Warlock Exotic both provide benefits to the Solar 3.0.

These are the only five exotics that are presently available in the Collection for Season of the Haunted, however it is not impossible for Bungie to be keeping another exotic mission a secret for later in the season. As is customary, the daily Lost Sector is the source of every exotic piece of armor. This is a rundown of what each of the Exotics can accomplish.

TRESPASSER
A look at the benefits that come with playing as Trespasser in Destiny 2: Image courtesy of Bungie and Polygon for the Season of the Haunted
The Exotic of the Season is the Trespasser, and it can be obtained by purchasing a Season Pass. Players who have purchased the season pass will have immediate access to this content, however free-to-play players will have to reach season rank 35 before they can access it.

Trespasser, an Exotic weapon from the first Destiny, has made its way back into the game with some refinements. Unrepentant is an exotic perk that, when used, forces reloads following kills, which in turn increases the next Trespasser burst to be far longer and more effective (called a super burst). Because of the secondary perk known as “Be the Danger,” any kills you score while using the extended burst will immediately reload your weapon and load another super burst.

In addition, Trespasser possesses a Catalyst, which may be obtained by completing a task that Banshee-44 offers. 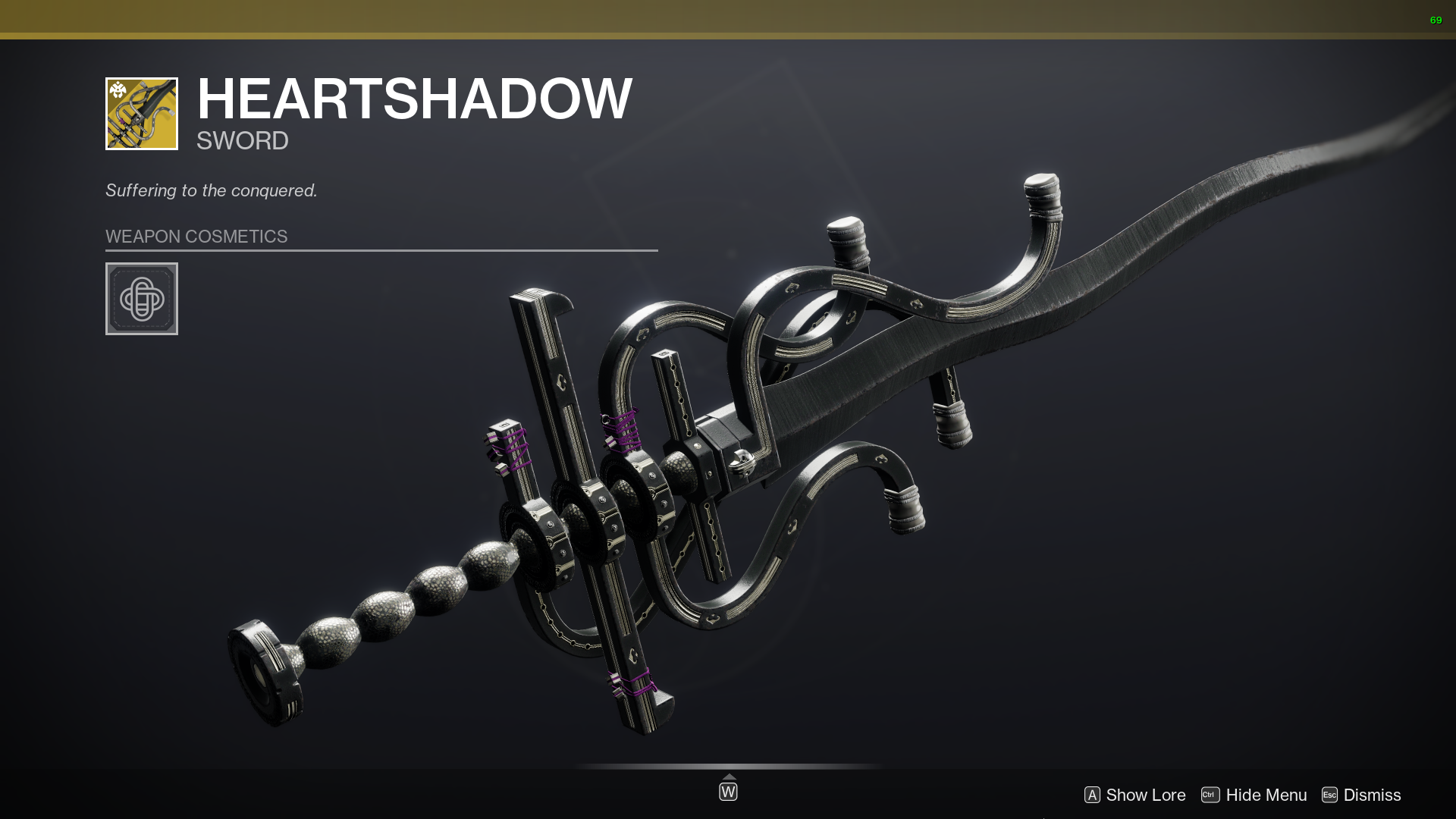 HEARTSHADOW
An examination of the benefits that come with using Heartshadow in Destiny 2: Season of the Haunted
Image: Bungie via Polygon
The Duality dungeon is the location of the new Exotic Void weapon known as Heartshadow. It seems to be an Exotic that is randomly rolled, which means that you may obtain it numerous times from the dungeon in order to gain a different third perk each time. If you want to improve the likelihood that Heartshadow will drop for you, there are numerous in-game triumphs that you may acquire.

Exhumation is an Exotic perk that, when used, makes the Guardian invisible and fires explosive Void missiles whenever they are hit by strong hits that deplete all of their sword energy. The secondary benefit of this item is called Shot in the Dark, and it enables the user to deal more Heartshadow damage if they remain unseen for an extended length of time. Using the projectiles while the target is in this boosted condition causes the target to lose health.

ANOTHER OPPORTUNITY (TITAN GAUNTLETS)
An examination of the Second Opportunity The advantages of wearing Titan gauntlets in Destiny 2: Season of the Haunted
Image: Second Chance, as reported by Polygon, adds to the capabilities of Void Titans. Myrmidon’s Reach is the exotic perk that this item offers, and it enables the Shield Throw melee attack to penetrate barrier champions. In addition to that, it provides Shield Throw with two charges.

RAIN OF FIRE (WARLOCK LEGS)
Image courtesy of Bungie and Polygon, showing the benefits of using Rain of Fire in Destiny 2: Season of the Haunted
Solar Warlocks get benefits from Rain of Fire. Its Exotic perk is called Soaring Fusilier, and it makes air dodges force all weapons to be reloaded. Additionally, it improves the efficacy of fusion rifles and linear fusion rifles while they are flying. Guardians get the radiant bonus whenever they deal a last blow with a fusion rifle or a linear fusion rifle. 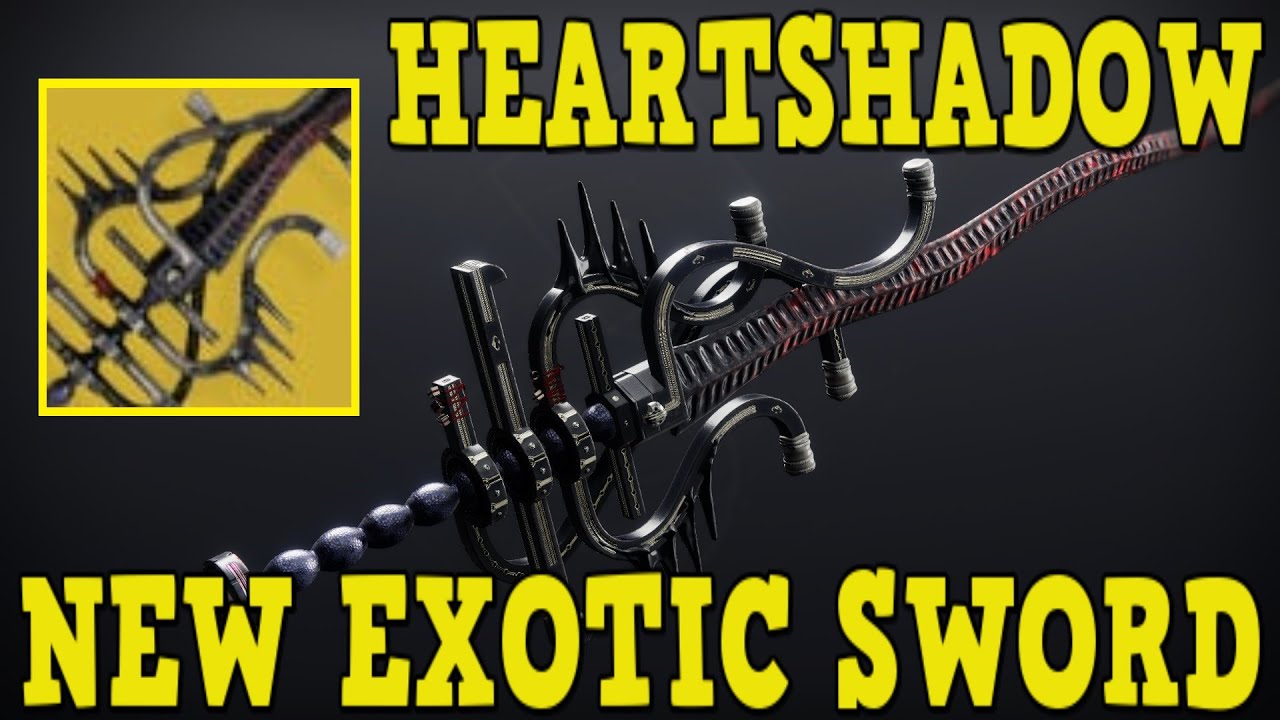 CALIBAN’S HAND (HUNTER ARMS)
A glance at Caliban’s Hands The following are the perk categories for Hunter Arms in Destiny 2: Season of the Haunted Image: Bungie through Polygon
The power of Solar Hunters is increased by Caliban’s Hand. Roast ‘Em is an exotic perk that, when used, allows Proximity Knives to incinerate opponents upon a direct hit or generate splash damage that burns the victim. If you manage to throw the knife without causing it to explode, your weapon regeneration rate will rise.