***end of the season special prices***

You will get Flawless  run completed.

During the boost process, you will get some Rare and Legendary Gear.

Boost takes 2-4 hours (usually we start the boost on the same day of order or on next day depends on our queue).

We don’t use any programs or bots, only hand work.

What you always get from guardians 4 u :

24/7 support team.
Chat with us whenever you want
Automated daily order progress updates
Quality control during each step of the order
Account assurance

“Only the worthy may face the Trials Of Osiris Flawless, for only the worthy are strong enough to endure what is to come. A string of victories will earn great rewards – but lose too many matches and you’re out.“
— Event description

Destiny 2’s new Season Of The Worthy is now underway and with it comes the triumphant return of the Trials Of Osiris PvP mode. The gauntlet of increasingly difficult matchups challenges players to earn the sickest of loot. The best of the best will get special rewards for completing seven consecutive matches without losing. The new trials are free for all players and they kick off today.

Trials Of Osiris is a weekend event kicking off every Friday and closing up every Tuesday. You’ll need to be above Power level 960 and have a Fireteam of three to enter the Trials.

How to unlock the Trials Of Osiris Flawless recovery

If you’ve found yourself on reddit or played Destiny 1 or earlier Destiny 2 seasons, you’ll know that Trials of Osiris are the pinnacle of Player Versus Player. For the uninitiated, Trials of Osiris is a competitive mode wherein two teams, formed of three players, fight with a limited number of lives in the Elimination format. The event starts every Friday after reset and continues through the weekend until reset on Monday.

At the start of every run, players are provided with a card. Three losses on this card means that your run will come to an end. Thankfully, you can pick up as many cards as you like during the event. The real key is to score a “flawless” card which requires players to rack up seven wins without a single loss will be rewarded by going to a prestige social space known as “The Lighthouse”. As the game mode matches players based on their current card, this means that reaching this coveted zone is incredibly difficult and not for the foolhardy.

Every class will have Trials of Osiris specific armour in the Season of the Worthy. It will be unlocked by competing in Trials of Osiris and the amount of gear you unlock will be tied to how well you perform. Additionally, those who go “Flawless” will receive an armour mod that will make their Trials of Osiris equipment glow.

There will also be a series of Trials of Osiris specific weapons to be obtained too. These weapons can be gained through tokens, which are obtained by competing in trials and finishing bounties, or by winning a set number of times in Trials. The first reward is a Tier 2 Powerful Engram at three wins, followed by a Tier 3 Powerful Engram at five wins, there is a Pinnacle Engram at seven wins, and there is also additional loot if you manage seven wins without losing a single game.

And that’s everything you need to know about unlocking the Trials of Osiris and what you get for successful runs. Good luck out there Guardian.

Further differences between the Trials and standard Skirmish include: the Trials take place on only one map each week; player level advantages are enabled as in the Iron Banner; fireteam matchmaking is disabled, requiring players to manually assemble a full fireteam of three. Lastly, players can play for a maximum of nine wins or three losses on a single passage, whichever comes first. Quitting or getting booted from the match also counts as a loss. Because this game mode tends to be extremely competitive, 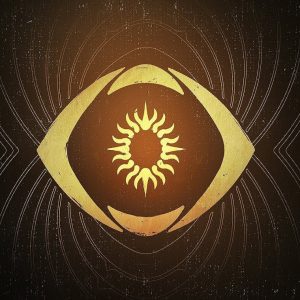 In terms of vendors, Saint-14 has set up flags with the Eye of Osiris in the Tower Hangar. It’s possible Saint could be the Osiris vendor this time around, or even be the in-game narrator of matches — like the Emissary of the Nine was in vanilla Destiny 2.

As for the rewards, we don’t know if we will see unique weapons for flawless runs or whether they will limit them strictly to cosmetics.

So while we don’t know many exact details, Trials of Osiris is definitely coming back — and soon. We’ll have to see if it’s enough to revive Destiny 2’s PvP community from the dead.

Destiny 2 is available
in Trials of Osiris.
Saint-14 is the latest vendor and advertiser of Trials and players are  able to reset his and his products every Fridays in the tower hangar.

The Osiris map trials adjust every week, as do the incentives for winning certain matches. Each week. All players earn similar bonuses, although the roll of the weapon for each player is different. The Lighthouse social space is known as a Flawless Run by players who achieve seven victories with no losses at all. For those that get to the Lighthouse, the Osiris armor trials last the rest of the day, too. Players receive a rare armor glow.