Season Of The Haunted Campaign Boost

Season Of The Haunted

Season Of The Haunted Campaign Legendary boost on your selected character

Why would you want to buy Season Of The Haunted from us?

Season Of The Haunted Campaign boost and Carry

The Destiny 2 expansion pits Guardians against the Witch Queen and her Hive Guardian army.

Season Of The Haunted campaign boost and boosting

Season Of The Haunted boost boosting

In Destiny 2 The Witch Queen, you’ll be facing off against Savathûn’s Lucent Brood of Hive Lightbearers. Presumably we’ll learn about how exactly Savathûn steals the power of Light by the end of Season of the Lost, but for now we know she’s used it to create Hive Ghosts that can resurrect and empower dead Hive with powers similar to the Guardians’.

Season Of The Haunted carry

In the trailers for The Witch Queen, we get brief glimpses of some of these abilities, including a Hive warrior holding and then throwing two Void shields exactly like a Sentinel Titan can. A Wizard-like Hive soldier also creates an Arc lightning storm in a similar way to a Warlock, and another Hive enemy throws a volley of Solar knives like a Hunter. As with normal Guardians and their Ghosts, Lucent Brood Hive can also be resurrected by their Hive Ghosts, which seems like it’s going to make them tough to deal with. You will thankfully be able to find and crush Hive Ghosts to prevent any further resurrections.

Season Of The Haunted Recovery

With a new Destiny 2 expansion, comes a new destination to explore. This time, The Witch Queen isn’t adding a place in our Solar System but is instead bringing in Savathûn’s Throne World. For anyone that doesn’t know, Throne Worlds are small universes created by powerful Hive gods that prevent them from ever truly dying in the normal material universe. However, if they die in their Throne World, that means game over forever.

This new location is described as an “uncharted wonderland of secrets and lies”, and features a grand palace, overgrown swamps, and a lone pyramid ship from the Darkness’ Black Fleet. In The Witch Queen campaign, you’ll be journeying to Savathûn’s Throne World to uncover more about her lies, alone or with friends, and even on a harder difficulty. A Legendary difficulty campaign option will also be available and will reward players for their efforts if they emerge successful. In this mode, enemies hit harder, respawning is heavily restricted, and enemies scale in difficulty depending on how many of you are in the fireteam. 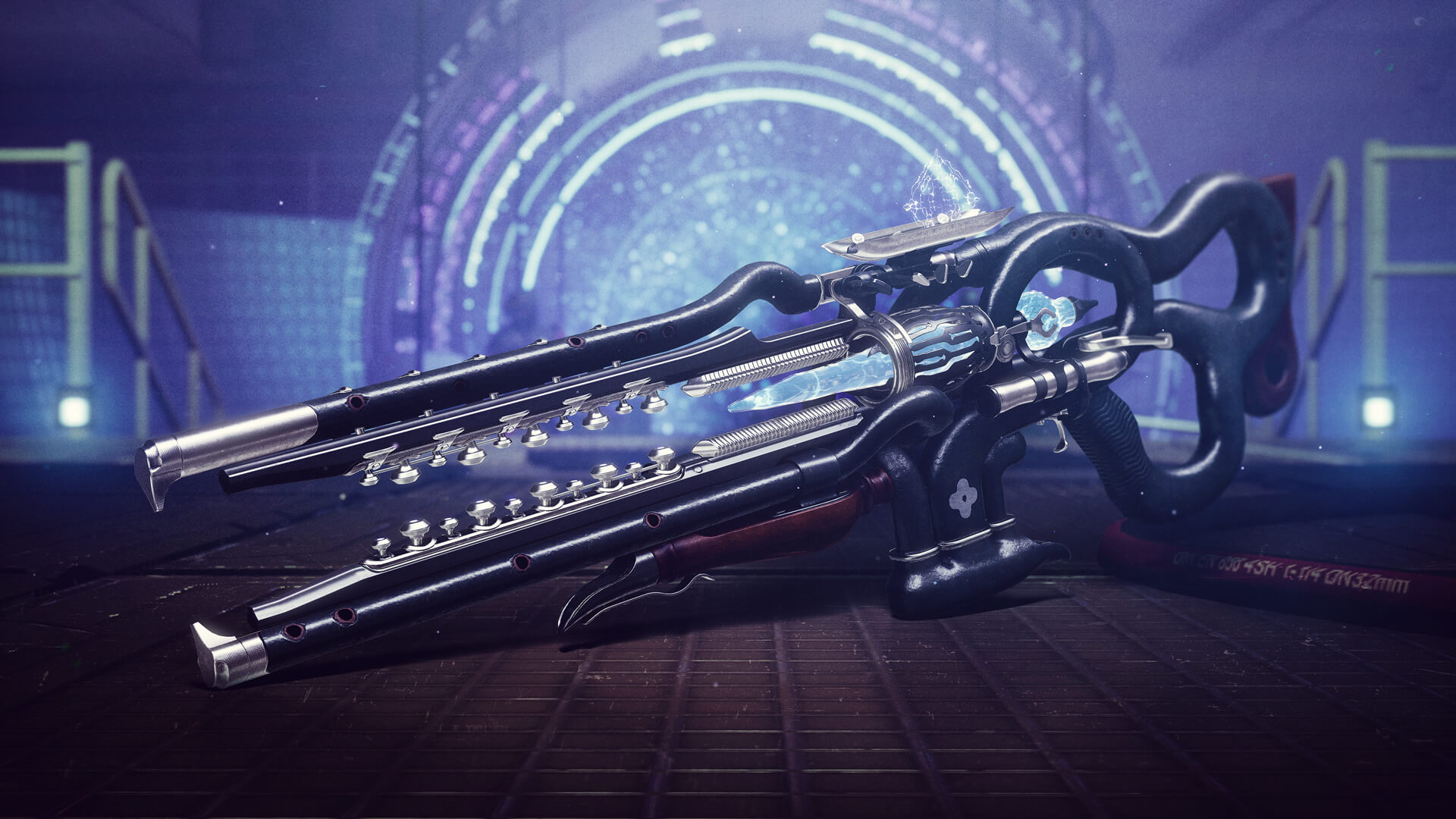 So that everyone can join the fun, all players, regardless of their current Power Level, will have their gear automatically boosted up to 1350 Power when the Witch Queen launches. Through a combination of activities, including the new endgame Raid, players will strive to reach the new 1560 Power cap and can exceed that thanks to the Season 16 Artifact.

At least three sync plates have to be engaged and secured at the same time. this will be done by breaking the fireteam into three sections of two and assigning two people to each section to monitor and one section to keep activating the plates the plates may be brought to full size and pressure by staying in the activation circle for a brief period of time However, after the plate is deployed, the Guardians do not need to be inside it but must be prepared to prevent any more Vex infiltration (only Praetorians can take control of Sync Plates, but other Vex will spawn as well). and so the zones will assist the other groups if they are having problems finding targets, they can fall back on our weapons for help. If, for example, you see your team mates are falling behind in one of the zones that are noticeable to you, you will use the sights of your gun to get them back on their feet and provide them the necessary assistance. Either of the two spots near the entrance holds an important possessions such as the two halves of the Megaphone, so helping the others may often means taking the top spot on the Mesh Plate is crucial. However, the highest participant can sit in the center at all times. the reinforcements, called Praetorians (Shieldvipers), will spawn with Void Shields here and try to reclaim the sync plates; they must be stopped from breaching the synchrotron circles. If they progress, other units may appear and be an immediate challenge to the dishes, Vex has authorized others to join them.

The aim is to build a spire which will slowly develop opposite the platform that the platform door of the vault, which is occupied by all 3 plates. Praetorians absorb further and use this paraphrase for If a praetorian plate gets out of hand, it can enlarge and degenerate before it is reabsorbed by a guardian You will see that the white synchroscope light will go out, and the red sync plate will be shown when the product appears. In this case, you could clear the group or retake control of the product by acting on the glow and doing something like clearing the group. The Guardians must maintain power of all the world plates for two minutes for the spire to completely shape.

December 8 will mark Destiny 2 a big day, with the Prophecy dungeon’s long-awaited return now queued up to the next generation update, not to mention the Hunt Season’s initial Iron Banner PvP event.

In his latest blog post, Bungie announced a lineup for the update next week. Prophecy introduced during the Arrival season and removed prior to Destiny 2’s release will return as an essential weekly challenge. Beyond light. Nothing about the activities or loot of the dungeon has changed, but it would be cool if it had a Power-related dungeon.

After 4K resolution and 60 FPS have been assured for both next-gen consoles (and 1080p for the Xbox series S), Bungie stated PvP support with 120Hz. The following generation update is more essential. The next-gen version of the game also offers a much quicker load times and a highly-demanded field of view slider. across console generations. You can get Destiny 2 free on both PS4 and Xbox One and you will need about 70 GB of hard disk free space to install Destiny 2 on PS5 and Xbox Series X.

When the members of the fireteam get to the platform, they will be ready to advance to the next chamber. Concept: When the bomb is dropped, the Templar will appear. He is not in any danger of dying, for the time being. The squad would need to be ready to deal with enemy attacks, as they would be confronting large numbers of the Vex throughout the conflict. it almost looks like the ship’s spike that was designed in the beginning of the first section Everyone on your squad would be wiped out if four members of your fireteam surrender themselves to the Conflux (“wiped”).

In addition to standard Vex, an enemy form known as the Fanatic can be found, which emits a distinct green hued light. a green puddle appears whenever a player is injured. When a fanatic is put to death, a pool of green slime appears that must be avoided before it dries out. Inviting the Forbidden to walk into the puddle would put a mark of negation on the Guardian named ‘Mark of Negation’ on them for a long period of time. This glyph uses a deadly assault called “Ritual of Negation” and does so over time. to get rid of the [the mote, the flaw] inside them, a former defect of the moonstone’s guardians, they must step through the light fountain of night at the very center of the Celestial Garden.

It will vanish for some time, when the various pockets of interstellar matter distribute themselves across the galaxy. The mythic phrase, “then the Templar will use the Legate’s Hierophant’s Call to summon their legions,” will appear on the projector. This could cause a substantial amount of fanatics, but in turn it will produce some big Hydras and Hydras. By moving to higher ground, you would not have to contend with them. Enemies the number will be eliminated, then the old confluxes will reappear or new ones will have come into being, depending on how long the expanded time period of confusion continues For the second time, they must be protected against approaches by killing or restraining Vex, and sacrifice number four (four in total) must be avoided.

When the two confluxes are in play, the templar legions will be summoned again, the procedure is repeated for the third. After vanquishing the third Legion fortification, the fireteam moves on to the next place. 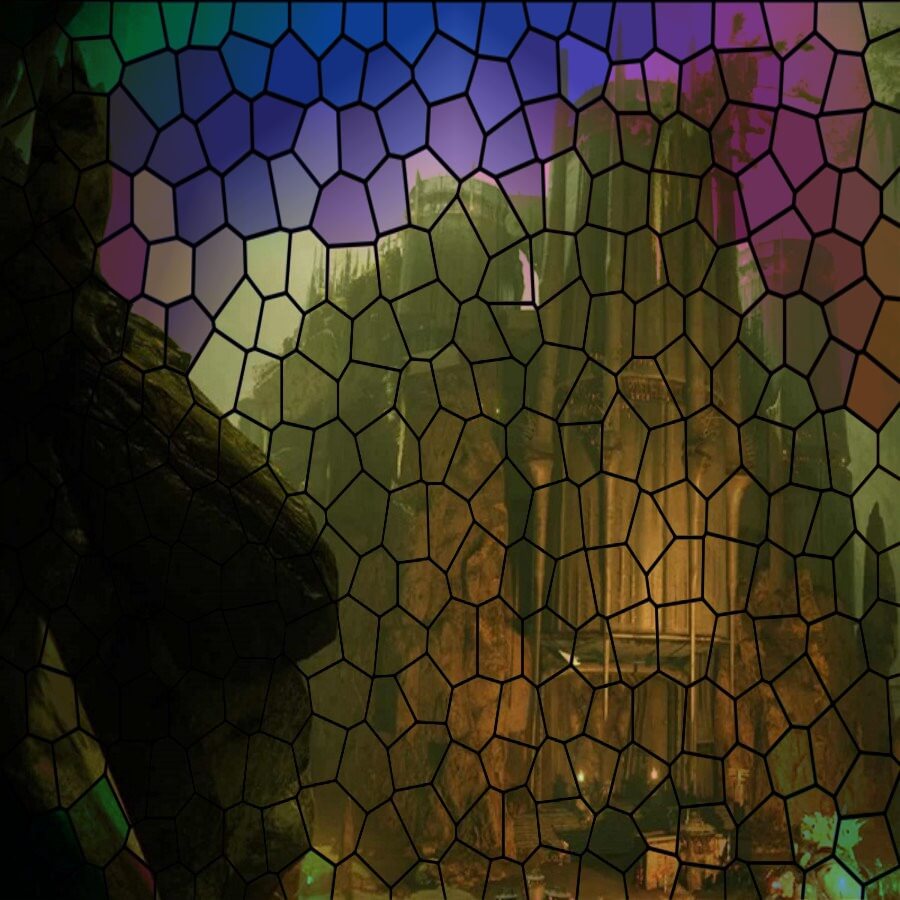 Playing on difficulty level 30 also grants the following bonus modifiers: +1 to Power, Agility, Intelligence, and Charisma for both you and your character and enemies.

Revival is turned off. though Guardians are killed outside of the recharge areas can be revived by their teammates Anyone who is still alive as the remaining/ongoing team members finish the current/in-progress vault of glass carry raid process dies, or has died will remain dead before the surviving/last checkpoint is reached. Regardless of how long you were using Radiance, the Sunsingers would automatically come back to life.
Two oracles, in addition to the Templar, stand in watch. During this process, one of these oracles will appear, then the Templar will use the Ritual of Negation. in harder difficulty, there are two And if neither of the Guardians is murdered, they would be wiped out, they would be twice identified for identification.
More gorgons were given to the Labyrinth to help with its development. These new Gorgons are standing still manage to maneuver in the labyrinth, and are fixed in place, cutting down the pathways available to Guardians much more.
There are Atheons that arrest/retain Guardians. Whether he’s permitted to open the timestream, until the three Templar Guardians aren’t summoned, when the three outside Guardians are met, the Guardians who haven’t been thrown through a portal will find themselves trapped in red bubbles.

Be the first to review “Season Of The Haunted Campaign Boost”