Divinity is a powerful tool for raid encounters and big bosses. It adds a debuff to the target that increases all damage that you and your Fireteam members deal. The best part about Divinity is that the debuff is unique, meaning it stacks with other buffs and debuffs like Melting Point or Weapons of Light.

If you want to pick this gun up, you need to spend quite a bit of extra time in Garden of Salvation. Here’s how you can pick up the new Exotic trace rifle.

STEP 1: DEFEAT THE MINOTAUR AT THE LUNAR BATTLEGROUNDS VEX GATE 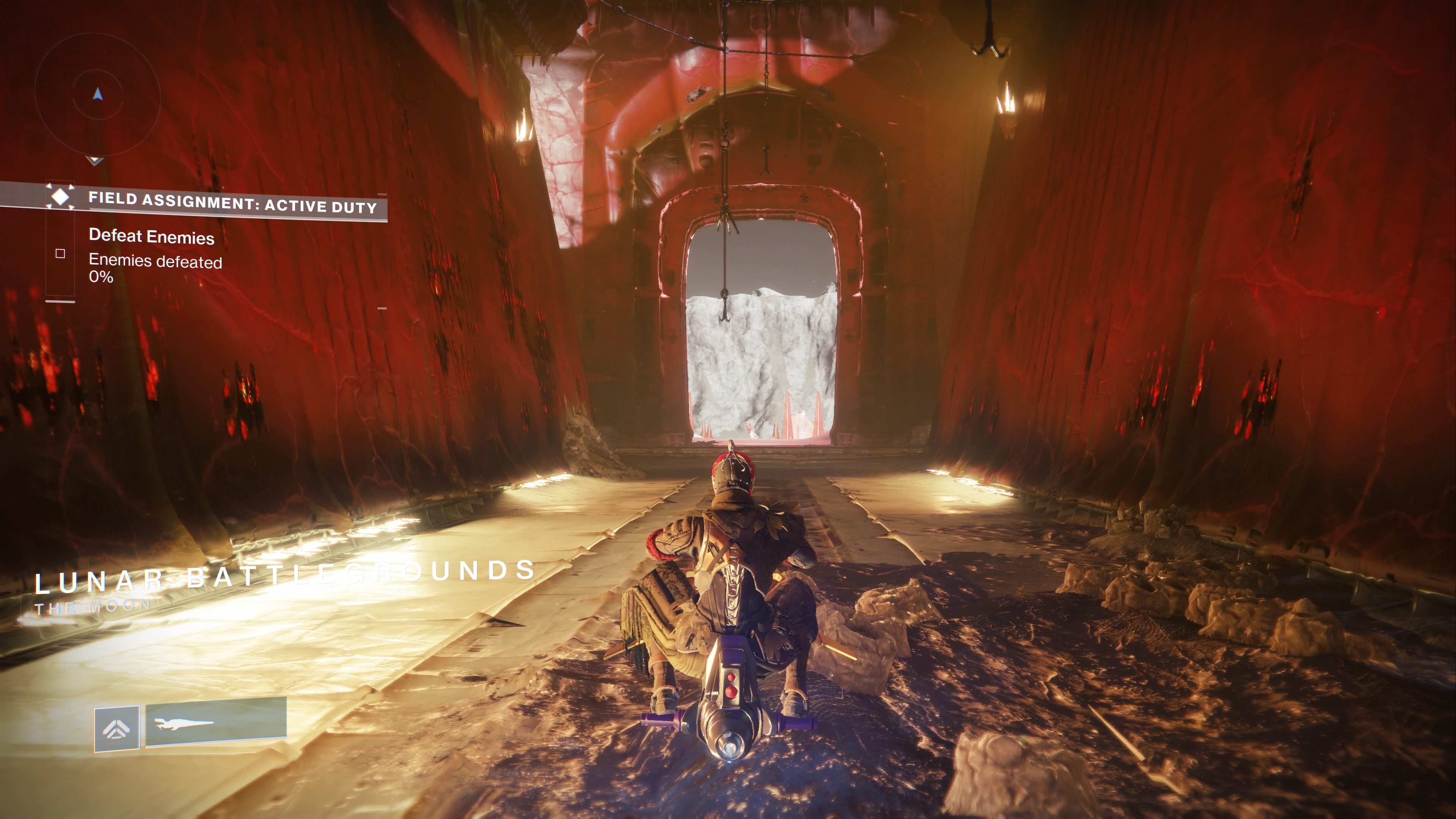 To pick up the Divinity quest, you need to go to the Moon and make your way to the Lunar Battlegrounds. Land in Sorrow’s Harbor, go to the southeast of the zone, and cross the crimson-colored bridge. Drive through the battlegrounds until you reach the first wide-open area — the one where you defended the pillars in the opening mission.

To the left of the area, there’s a small cave. Go inside and you’ll see a massive Vex gate. If you’ve already completed the Garden of Salvation raid, you’ll recognize this as the opening area to the raid.

Move up to the gate and wait for the Vex to start pouring through. Defeat the waves until a giant Minotaur spawns. Kill it, and it’ll drop an Exotic engram on the ground. Pick it up to get the What’s This … What’s This? quest step.

STEP 2: DECODE THE MESSAGE ON NESSUS 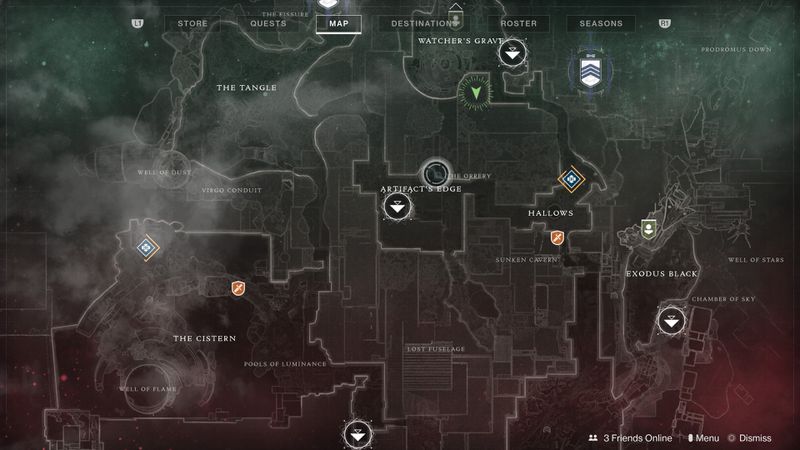 The Orrery is in Artifact’s Edge. Find the entrance in the side of the mountain, and fight your way inside. Once you get to the main room, climb up to where the Hobgoblins are firing from on the left platform. Keep climbing up until you’re on the third floor. Look for a little alcove. (You can find the opening in the gallery above.)

Inside the alcove, you’ll find a data node. Scan it and get ready for a fight. Kill the enemies that spawn and scan the node again. Your quest step should be at 33%. 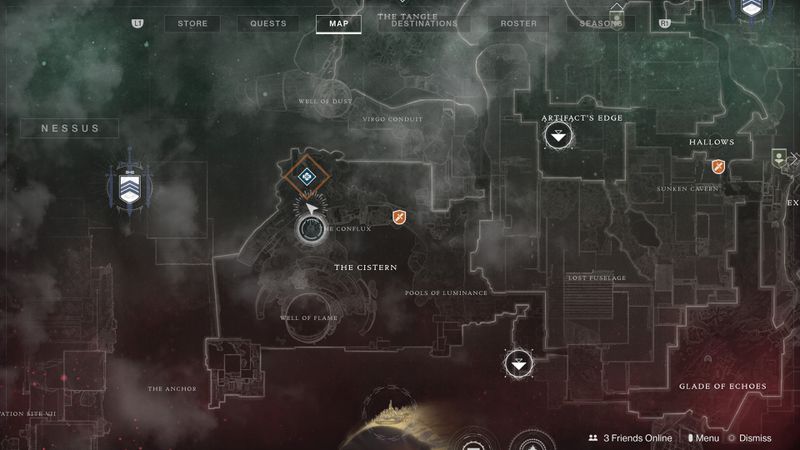 Your next Lost Sector is The Conflux, and you can find it in The Cistern of Nessus. Go inside and keep to your right. There’s a small room that you’ll need to jump up the wall to get into. The data node is right in front of you after you turn the corner. Repeat the same process as you did in The Orrery. 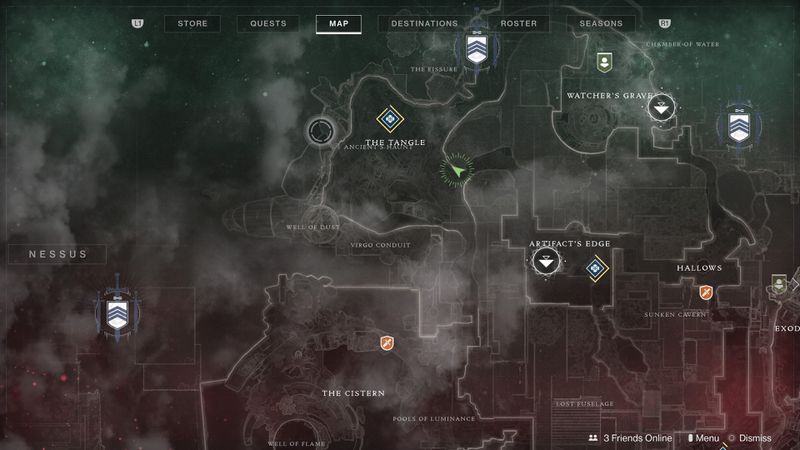 Your final Lost Sector is the Ancient’s Haunt, located in The Tangle. This data node is easy to find. Play through the Lost Sector as normal, and look for a cave on your left. You’ll see the data node before you even go in. It’s visible from main path. Scan and fight, like you did before, and you’ll finish the quest step.

Continuing with the easy part of this quest, jump into the Vex Offensive and start killing all the Vex you can find. With the help of your allies, this quest step will take you less than a full Vex Offensive run to complete.

Now you need to stop by Eris before you raid.

STEP 5: SOLVE THE PUZZLES IN GARDEN OF SALVATION

Once you’ve purchased the final piece, find a group of five other capable Guardians and make your way into the Garden of Salvation raid.

This is where we’ll leave you in the more than capable hands of Destiny 2 YouTuber Datto. You’ll need to create some elaborate patterns with your fellow Guardians to solve puzzles using the Tether mechanic. Check out Datto’s video below for a look at what you need to do.

We recommend using his video to find the puzzle locations and trying to solve them on your own. The puzzles are really interesting and fun to solve with your friends, so give them a shot. Once you’ve solved all of the Divinity puzzles, you do need to defeat the final boss.

The Divinity step adds at least an hour onto the completion time for Garden of Salvation. Even if you have a seasoned raid team, we recommend you carve out three to five hours of raid time before you tackle this final step.

Once you beat the boss, you’ll find two chests in the final room — one for your raid loot, and one for Divinity, the Exotic trace rifle.