What are you going to get through the
first week

Why would you want to buy PsiOps Battlegrounds Boost from us?

The best way to accomplish PsiOps Battlegrounds in Season of the Risen in Destiny 2.
It’s similar to Season of the Chosen, but with a more Inception-inspired twist.

During the last part of The Witch Queen’s campaign in Destiny 2, the war against the Lucent Hive continues in Season of the Risen’s new three-player playlist activity PsiOps Battlegrounds, which can be found in the Season of the Risen playlist activity section. If you played Destiny 2 during Season of the Chosen, the Battlegrounds format will be familiar to you, since the PsiOps edition pulls from a gameplay cycle that is quite similar to that of the game’s original version. It is your task this time to track down the leader of a Lucent Hive hunting group and assist Empress Caiatl’s Psions in capturing them for further investigation.

Break the Lucent Hive out of its current place.

A Lucent Hive hunting party will have set up shop at a patrol site at the start of each PsiOps Battlegrounds run, and the fireteam will have to take out the majority of the group before they can proceed. You will have to battle your way through a number of waves of Hive, which may include everything from swarms of Thralls to Hive Lightbearers and Shriekers, who may or may not arrive. A Heavy Ammo box is located in the region and may be picked up by all Guardians once, allowing them to refresh their loadouts while in the middle of a battle.

PsiOps Battlegrounds’ first introductory run in the EDZ does not have Champions, however runs in the HELM and Vanguard playlist nodes will include Unstoppable and Barrier Champions to fight with. It is possible that one of these Champions may spawn during this initial encounter, so make sure you are adequately equipped with the necessary modifications to stun and kill it for a seamless experience.

Pursue the leader of the hunting team.

Image courtesy of Bungie
Once the first group of Hive has been dealt with, the next stage is to track down the leader of Savathun’s hunting team, who has been lured deep into a fortified area with no way out. It has been draining light from dead Guardians and using it to charge Hive portals, and you will utilize these portals–which will be indicated by the goal waypoint– to locate your target and complete your mission. This last boss encounter can only be reached via four of these portals, and three of them are guarded by a shield-equipped Hive Lightbearer to prevent you from getting too close. 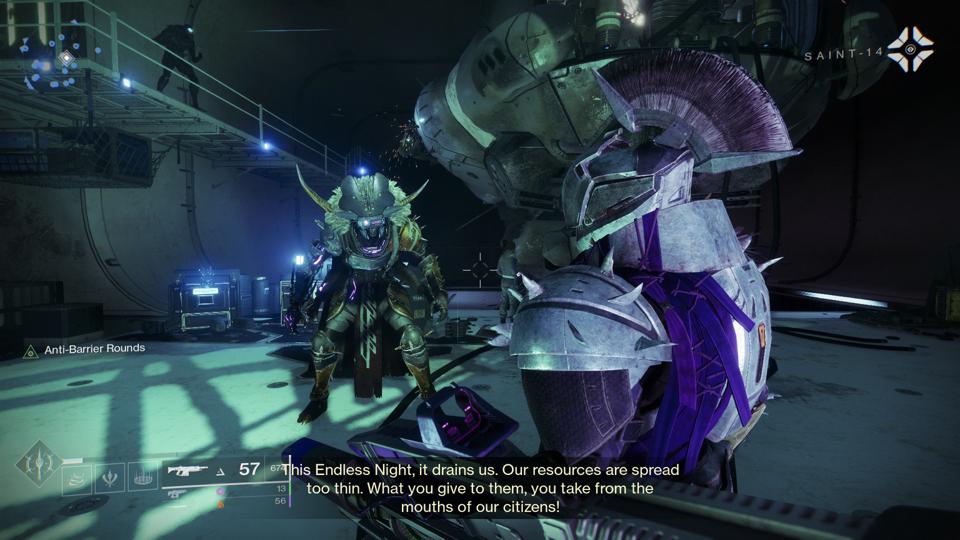 Normal gunfire or abilities will not be able to penetrate the shield’s defenses. A Hive Sword will be required in order to shatter it. As soon as you’ve killed two or three waves of Hive surrounding the protected Lightbearer, a message will appear on the bottom left of your user interface informing you that a Lucent Reliquist has arrived on the battlefield. This is a formidable Hive Knight who, if defeated, will drop a Hive Sword, which may be used to cut through the Lightbearer guards protecting the gateway. Kill the guard and destroy its ghost, and the next Hive portal will open, allowing you to go farther into the area of the hunting party leader. This phase of the activity will be completed after three rounds of this gameplay loop, which will bring you face to face with the final boss.

During this stage, keep a watch out for Unstoppable and Barrier champions, just like you did during the first battle. The emergence of either a Champion or an extra Hive Lightbearer during the deployment of each wave of Hive leading up to the Lucent Reliquist is a possibility, and both must be slain in order to proceed with the mission.

Be the first to review “PsiOps Battlegrounds Boost”