Hierarchy of Needs Catalyst Boost on your selected character

Why would you want to buy Hierarchy of Needs Catalyst Boost from us?

The Hierarchy of Needs is the hot new Exotic from the Spire of the Watcher dungeon. And while most of us are still trying to find the weapon itself, some already have their hands on its catalyst. And spoiler alert, the Catalyst for Hierarchy of Needs looks very promising, with the potential to do good in both PvE and PvP.

This quick guide will tell you everything there is to know about it: How to get it? How to unlock it? Is it even worth it? And that last part is important because Exotic catalysts can be extremely hard to find and/or unlock, but the benefits are not always up to par.

The Catalyst for Hierarchy of Needs can only be found when clearing the Spire of the Watcher dungeon on Master difficulty.

According to Reddit user /u/Hylette, the Catalyst doesn’t have any specific requirements other than already having the Exotic and securing a Master completion of the dungeon.

The catalyst adds the following perk:

It’s too early to say, as few players actually have seen this catalyst in action, but early impressions are surprisingly good. You can see a Guardian chaining kills in the Crucible below:

Note that you can increase your chances of acquiring the Hierarchy of Needs by completing the following triumphs: 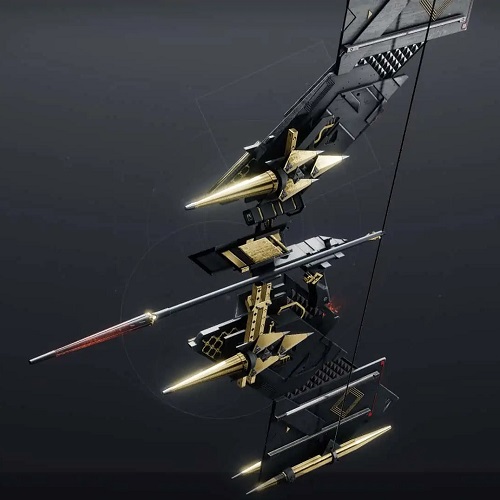 It is way too early to tell how meta the Hierarchy of Needs will actually be, with or without the catalyst. It is worth mentioning that some of the early impressions are extremely positive:

Just got it. This exotic is legit insane, this is what every exotic should feel like and perform like, unique, powerful, fun, great in GM’s *chef kiss*

We’ll see in a couple of weeks what the general consensus ends up being. In the meantime, if you want this catalyst, you’ll have to tackle the Master version of the Spire of the Watcher, which currently has a 1610 Recommended Power…

In order to fulfill the requirements of the Vow of the Disciple, runners are only allowed to pick up one symbol at a time.
In order to complete Ensemble’s Refrain (Atheon) in Vault of Glass, every member of your squad must kill one Oracle while they are within the portal.
The Core Four (Taniks) – Before entering DPS stages, you must first deposit all four cores in the Deep Stone Crypt. Even if there isn’t a challenge to be had, this tactic has become standard operating procedure for dealing with the situation.
The second encounter in the Garden of Salvation is called A Link to the Chain, and it requires all of the teams to simultaneously recharge their Enlightened bonus.
Final Request: Keep Out (Vault) – Prevent the Knights of the Mights of Riven from entering the room in the centre of the building.
Last Wish is the raid that rotates.

Lockouts and resets of vendors occur regularly.
Challenges posed by vendors include Commander Zavala, Banshee-44, Lord Shaxx, The Drifter, Hawthorne, Saint-14, and The War Table.
Banshee-44 and Ada-1 are examples of weaponry and armor sold by vendors (mods change every day).